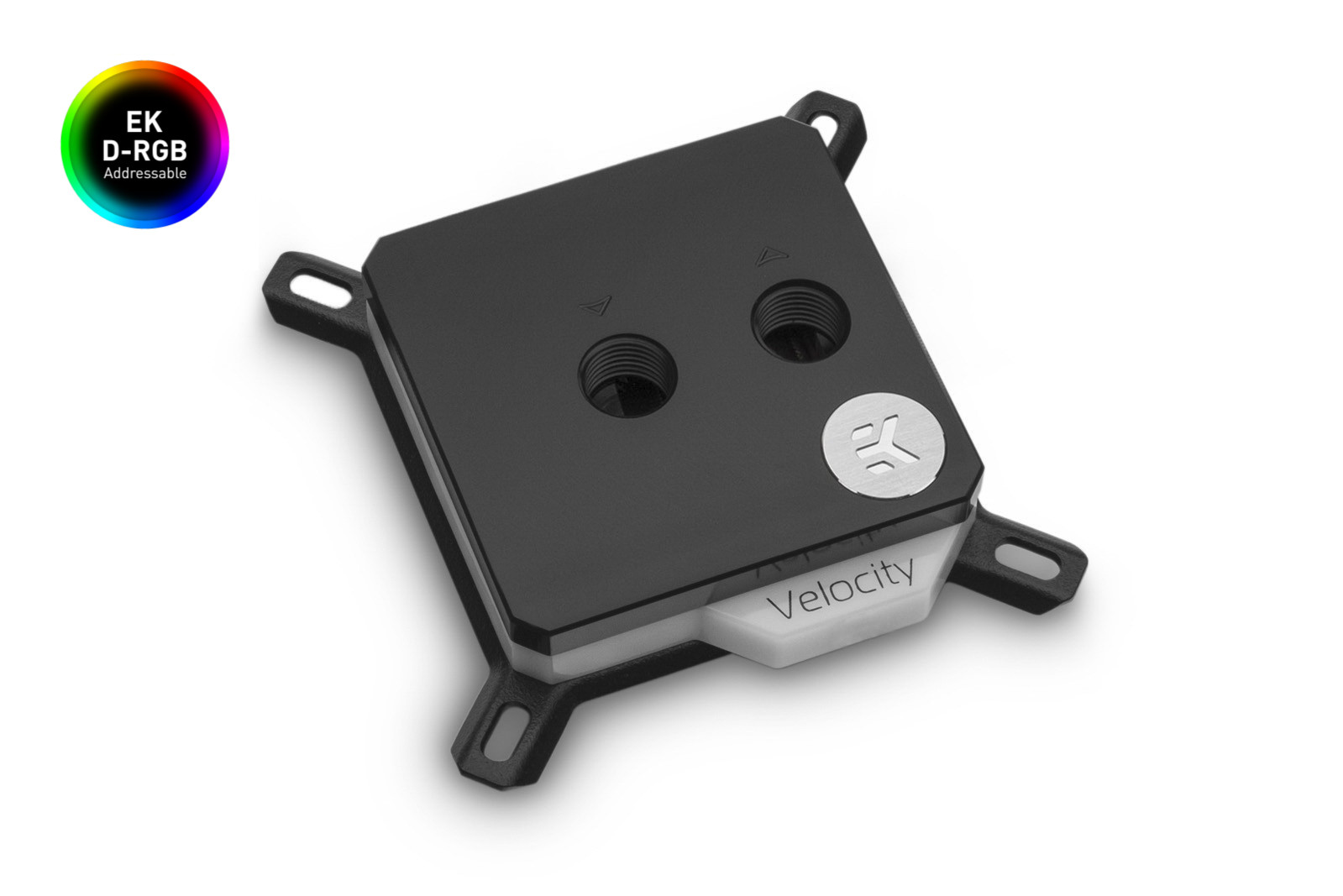 The purest copper available on the market is used for the EK-Quantum Velocity cold plate which is precisely machined to a dense micro-fin structure. The contact surface itself is machine polished for a better contact with the CPU IHS. This version of the water block features a nickel-plated cold plate with a CNC machined black POM Acetal top piece.

Add to cart
Dont order unless you understand wait times

The average wait time for all GPU orders is 90 days, please do not order if you do not understand this.