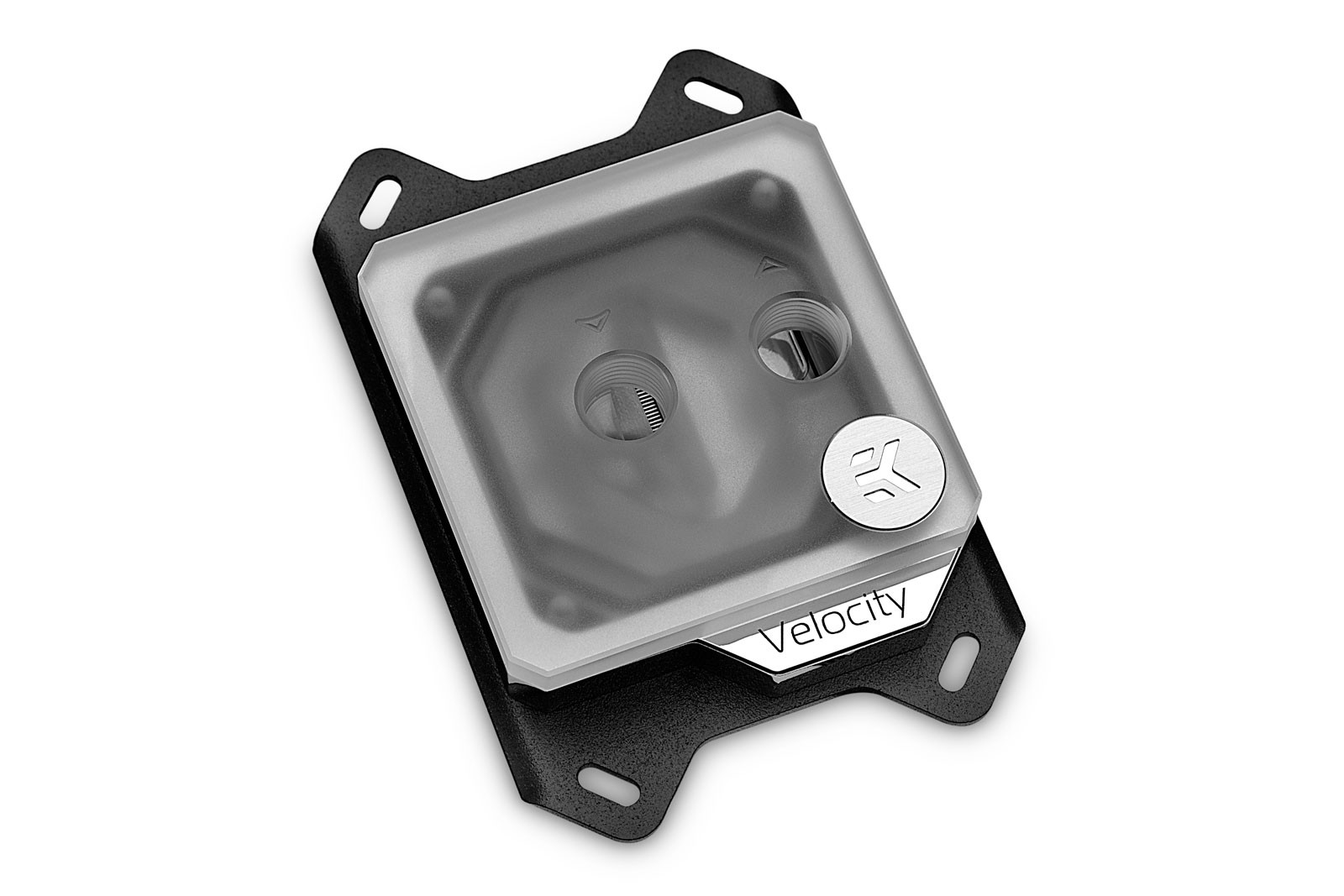 The purest copper available on the market is used for the EK-Quantum Velocity cold plate which is precisely machined to a dense micro-fin structure. The contact surface itself is machine polished for better contact with the CPU IHS. This version of the water block features a nickel-plated cold plate with a CNC machined frosted cast Acrylic top piece.

The block is equipped with a reinforced hold-down bracket, and the enclosed mounting kit includes all the necessary mounting screws, mounting springs, an AM4 backplate, rubber backplate gasket, and a small tube of Thermal Grizzly Hydronaut high-performance thermal paste. The EK-Quantum Velocity CPU water block features a universal mounting mechanism that offers error-preventing, tool-less installation supporting AM4 socket out of the box. The mounting screws are streamlined and are even smaller than before for an added aesthetical perfection.